A Christmas Miracle Comes Back for a Visit

On December 11, 2002 Jack Pulaski was hanging Christmas lights on the front of his house in Huntley, Illinois. His daughter, Kari, had just left for work. It was 3:45 in the afternoon. Jack’s son, Brian, was at work. At 7:15, Brian came home from work to find his father lying in the bathroom in a pool of blood.

He immediately called 911 and remained with his father until the Huntley Fire Department arrived on the scene. Jack had fallen from the ladder onto the cement below. No one knew when he fell or exactly how long he had laid there waiting for help.

The paramedics from the Huntley Fire Department knew that Jack needed to be transported to a Level 1 Trauma Center so Flight For Life-McHenry was immediately dispatched to the scene. Flight Nurse Kathy Stritesky and Flight Paramedic Sharon Larson arrived on scene, did a rapid patient assessment, packaged him and headed to Lutheran General Hospital in Park Ridge, Illinois.

Jack had suffered a head bleed and a compressed skull fracture which required the placement of a metal plate in his head. All of the bones in his face were broken except his lower jaw. His left kneecap was shattered and he had lost three pints of blood. He endured four different surgeries to repair the multiple fractures. His family was told that he had a 20% chance of survival.

Mrs. Pulaski, Kari, and Brian rented an apartment close to the hospital so they could be with him day and night. It seems that all Jack needed was that 20% because on January 22, 2003 he went home even though he required extensive care.

That care was provided by Jack’s daughter Kari. She functioned as his nurse, doing all of his routine daily care. She drove him to his follow up doctor’s appointments and for physical therapy. Before and after work, Mrs. Pulaski provided the emotional support so critical to Jack’s continued improvement. His mouth remained wired shut until the end of February so eating was somewhat of a challenge! Due to his brain injury, Jack’s short term memory, motivation, and certain areas of his personality such as emotion were affected. Fortunately Jack is constantly seeing improvement in all of these areas.

On December 17th, 2003 Kari brought Jack by the FFL-McHenry hangar to drop off some cookies that they had baked and to thank the crew that worked to make Jack the “miracle” he is. 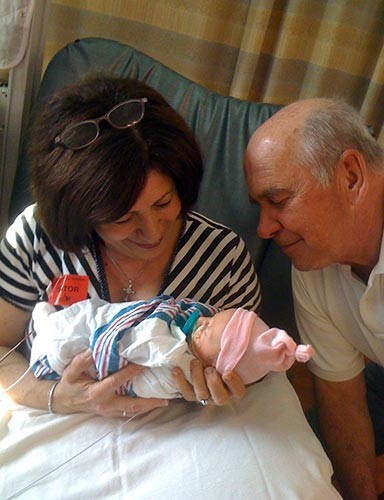 What a wonderful holiday gift it was! Jack was somewhat of a “legend” among members of the flight crew. The story of his accident and subsequent recovery was the stuff of a Reader’s Digest article. The fact that he had survived at all was incredible. What made it even more amazing was that he has almost made a full recovery. He looked great! Talking with Jack you would never know what he and his family had gone through.

While Jack was at the hangar visiting the duty crew that day, flight paramedic Sharon Larson stopped by. She was able to see firsthand the recovery Jack has made and receive the thanks that he and his daughter had to share. For all of us, it was a Merry Christmas!

Many of us never get to see the recovery that the patient’s we are blessed to take care have made. We never see the struggles and sacrifices that the patients and their families have to make that allow a full recovery to be possible. The miracle of Jack’s life further illustrates that survival is not just about the medical care and the rapid transport that the patient receives, it's also about the support and the dedication that family members have to making that recovery more than just a dream.

Comments for "A Christmas Miracle Comes Back for a Visit"